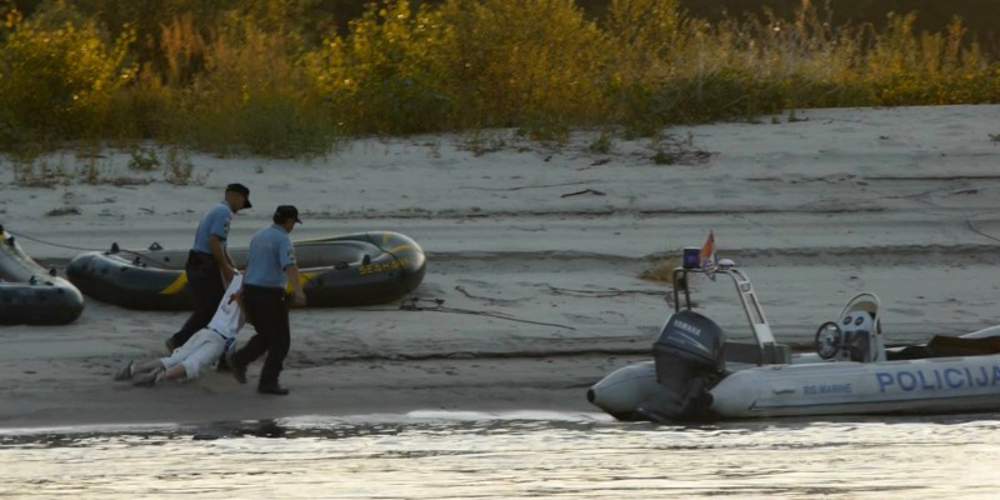 UPDATE: Niels Harmsen (Yoshi Livo) and Mr Crom where convicted on July 14th by the Croatian court to a prison sentence of 10 days and 58 days on charges of illegally exiting Croatia and illegal use of a Liberland Red Cross flag. They are now detained in the notorious Osijek Prison amongst hard criminals and harsh detention circumstances. More info…

Dutch Red Cross Volunteer convicted in Croatia
Niels Harmsen “Yoshi” is currently (since july 4th 2015) under house arrest in Croatia, pending his trial. He is facing up to 30 days in one of Croatia’s toughest prisons for what the Croatian authorities call “illegal entry into the Schengen area”.

Background
On April 13th 2015, the Free Republic of Liberland was proclaimed on Terra Nullius (no-man’s land) between Croatia and Serbia.

A working government and constitution was formed, and soon would-be settlers were arriving in the area in great numbers. Serbia was quick to issue an official statement that Liberland had indeed not been formed on Serbian territory, but Croatia chose to setup a blockade of the entire pocket of land, arresting and imprisoning people, no matter if they arrived from the Croatian Side or from the International Waterway of the Danube, valid passports or not.

Through May and June, the situation escalated – with Croatian police using increasingly harsh methods to arrest Liberlanders and with the Croatian courts passing out ever longer prison sentences and higher and higher fines.

Liberty Island in the Danube, part of the disputed Liberland land pocket

On June 29th 2015, Croatia finally issued a public statement that the Liberland/Siga land pocket was in their view not Terra Nullius, but that jurisdictional ownership over the land pocket would have to be determined at some later stage, thus implicitly confirming the status of the pocket. They also implicitly claimed justification in arresting and imprisoning Liberland settlers, many of whom had by then suffered severe and degrading treatment on the hands of Croatian authorities, both during their arrests and as Croatian prisoners. In the case of Danish born Liberland citizen Ulrik Haagensen, it triggered week long protests at the Croatian Embassy in Denmark and elsewhere.

To this day, the land pocket remains claimed only by Liberland: http://liberlandpress.com/2015/05/media-fact-check-liberland-claims-liberland 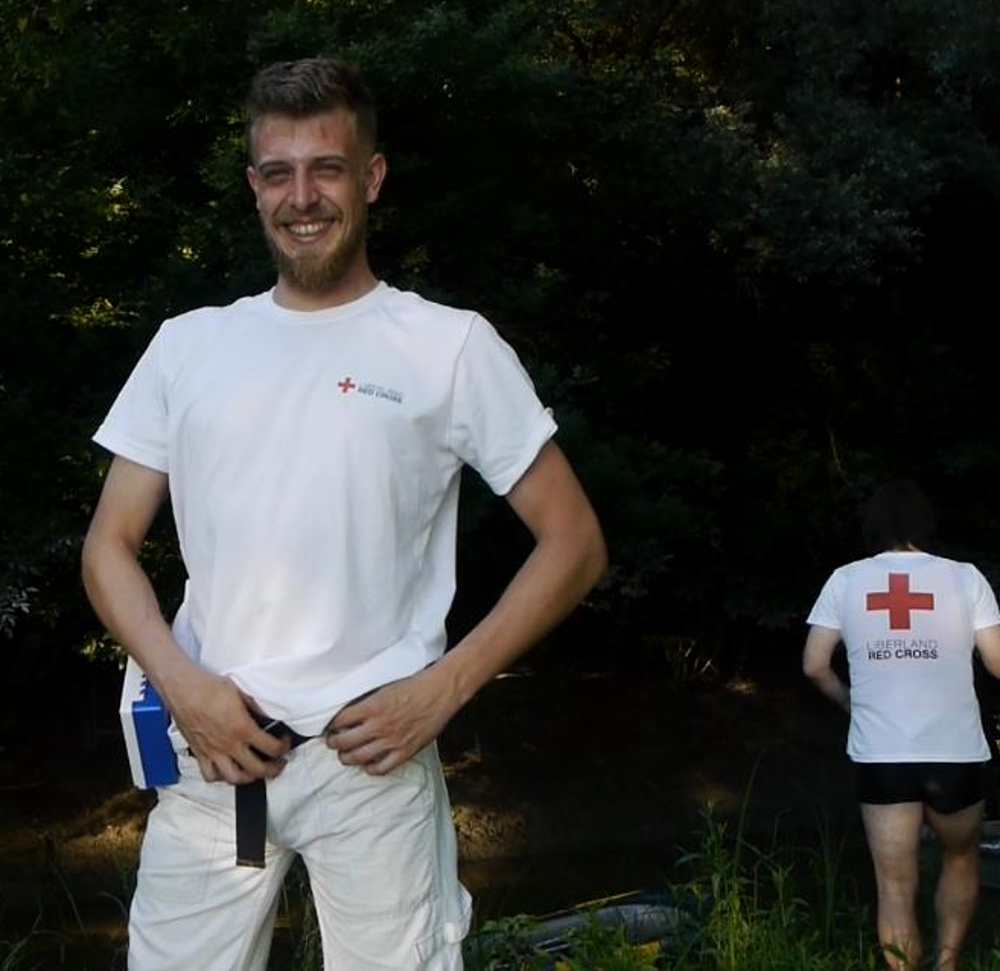 “Yoshi” with other LLRC volunteers, prior to being put ashore on Liberty Island, Liberland

Due to the violent escalations in the conflict, many felt the need for neutral observers to be present in the area to provide medical assistance and monitor human rights violations between the conflicting parties. On this basis, the ‘Liberland Red Cross Society’ (LLRC) was formed. 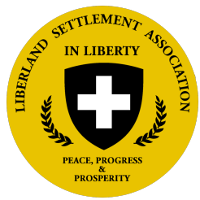 The main body of Liberland settlers currently in the area, who are grouped together in the ‘Liberland Settlement Association’ (LSA), was grateful for the LLRC-initiative, and promised to bring the LLRC volunteers and medics along with them to the center of conflict, Liberty Island, a small sandy island in the Danube, and part of the territory of Liberland.

Yoshi’s Story
Yoshi Livo, appropriated by the Dutch state under the name Niels Harmsen, had arrived in the area a few days before the events of July 5th, where mass-arrests and abductions took place at Liberty Island. A Dutch national by birth, he had also recently been given citizenship of Liberland when he decided to join the Liberland Red Cross Society.

On his reasons for joining the LLRC he replied “It appealed to me. I wanted to play a part in solving this crisis, and I like to help people in need. Activism and fighting the police is not for me, but I felt that as a Red Cross volunteer, I could help de-escalate the situation. It would appear that I was wrong.” 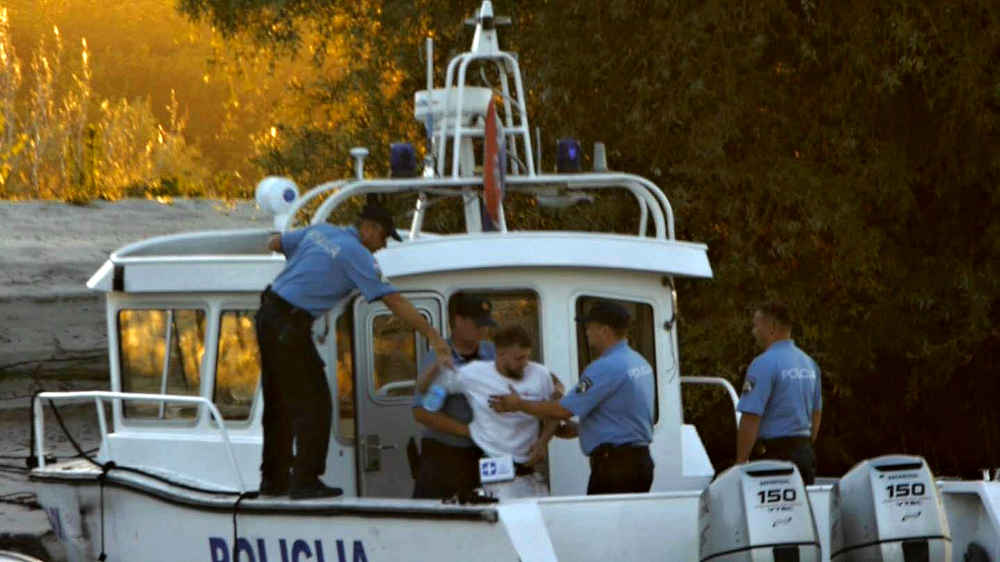 “Yoshi”, being brought onboard a Croatian police boat and sailed off from Liberland, to captivity in Croatia.

Yoshi was ultimately arrested by Croatian police in Liberland on July 5th, along with most of the other volunteers from the LLRC who went ashore, as well as two settlers from LSA.
One LLRC member made it to safety by throwing himself into the Danube and by being picked up by a LSA boat offshore. The whole episode was documented on video:

“I was fortunate, in that I did not get hurt during the arrest, unlike some of the LSA members, but it was certainly no pleasant experience”, Yoshi explained. “After being hauled off Liberty Island, I was taken to a police station, and got to spend my night in Osijek prison. That is an awful place!”
The next day in court, the LLRC had supplied Yoshi with a local lawyer, and he was advised to ask for an interpreter in his native language being present.
house arrest, passport confiscated
As none could be sourced in due time, Yoshi was released into house arrest, with his passport confiscated. In house arrest, Yoshi got to pick (and pay for) his own local pension, where he would remain under police surveillance until his trial, some 8 days later.

“After having experienced the conditions in Osijek jail, where prisoners are filled 12 into each cell, and where ones cellmates are hardened criminals and drug addicts, where there is no windows and no proper sanitation, I simply had to get out”, Yoshi continued. “I am naturally terrified at the prospect of spending another 30 days there, and I am also angry, because I cannot see what crime I committed to deserve this. I came to help!” 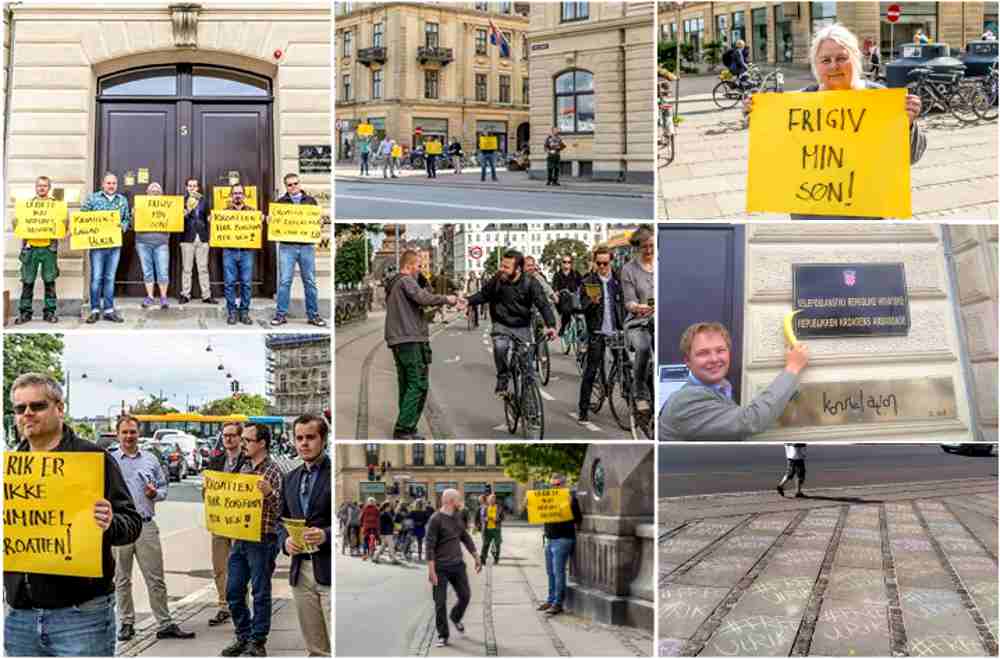 The arrest and imprisonment of Danish Ulrik Haagensen, triggered a week of continued protests in in front of the Croatian embassy Copenhagen and elsewhere.

The question of what crime Yoshi committed is indeed puzzling everyone. Croatia has yet to formally enter the Schengen area, and it is unclear if they even can, having a large ongoing border dispute with Serbia.
To this date Croatia has not claimed jurisdiction over the Liberland area, but acts on what they claim is a bilateral agreement with Serbia, giving them jurisdiction in the area.
Even so – Yoshi never entered the Republic of Croatia, and if Croatia views Liberland as a part of Croatia, why do they arrest and equally punish those who enter Liberland from Croatia itself, instead of from international waters?

To date, some 30 arrests and abductions by Croatian police has taken place in the Liberland pocket, and perhaps many more which remain undocumented.

Most have resulted in jail sentences, in Osijek prison, where prisoners are held in what is best described as conditions, reminiscent of medieval dungeons.

“I may be caught up in something bigger than me, and I am certainly no expert in international politics” said Yoshi, “but I believe that regardless of this, Croatian police is acting with unreasonable aggression and force. I saw how they tackled, hurt and almost strangled some of the Liberland settlers, and I was even prevented from offering the assistance in which I have been trained…. I also find it disturbing that an EU country imprisons peaceful young people under 3rd world conditions, and alongside hardened criminals.” 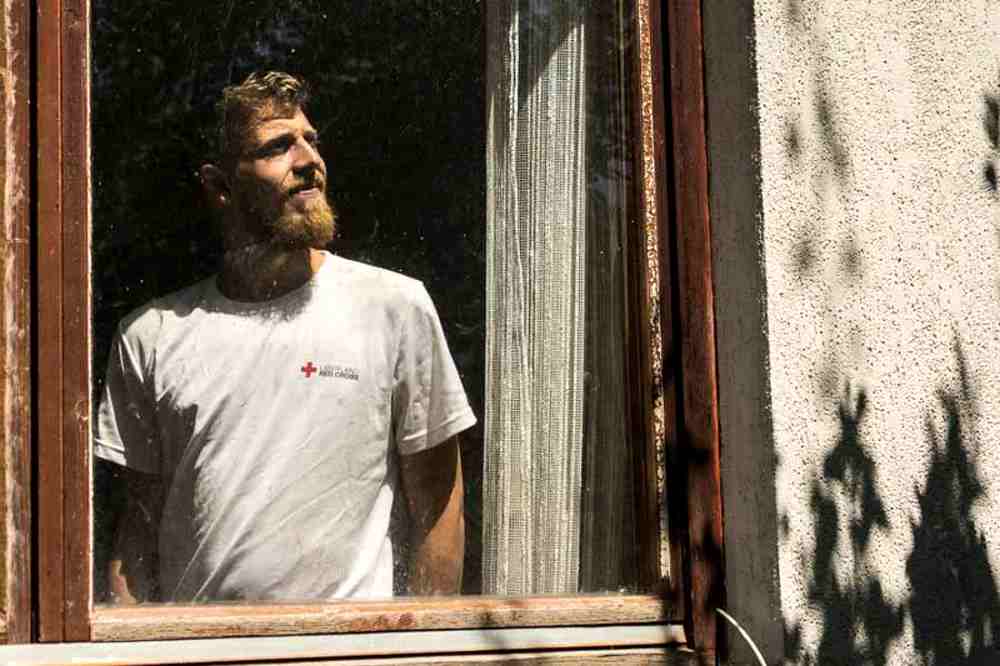